Copyright 2022 - All Right Reserved | Ghana Trends Inc.
Home Movie Trends Alec Baldwin and Amorer to Be Charged with Involuntary Manslaughter in a Fatal Shooting that Occurred on Set in a Church Building 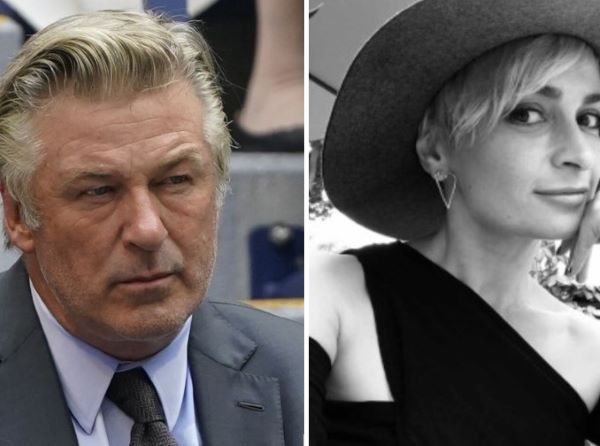 Actor Alec Baldwin and the film’s armorer Hannah Gutierrez Reed have been charged with involuntary manslaughter following a fatal and inadvertent shooting of the film’s cinematographer on the set of a movie “Rust”   in 2021.

The deceased, Halyna Hutchins, who was a Ukranian cinematographer worked on several projects in the industry including a TV miniseries, short films, feature-length films: Archenemy, Darlin,  and Blindfire.

The 42-year-old mother of one, grew up in the City of Murmansk but moved to Los Angeles to pursue her career in filmmaking, where she earned significant roles in production and fashion photography.

The tragic incident that led to her untimely death occurred in October 2021 inside a church building on the Bonanza Creek Ranch near Santa Fe N.M. where the accused fired a shot at the deceased causing her demise and injuring film Director, Joel Souza. 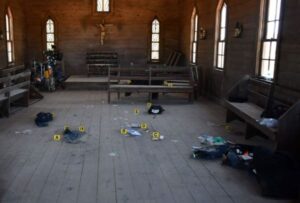 Baldwin and Gutierrez Reed each face two counts of involuntary manslaughter and if convicted, “they will only be sentenced to one count,” the prosecutor explained.

Consequently, a conviction is punishable by up to 18 months in jail and up to a $5,000 fine,

But one count would involve a firearm enhancement, or added mandatory penalty, because a firearm was involved. In that case, the crime could be punishable by a mandatory five years in jail, prosecutors added.

Investigators of the incident have concluded by saying Hutchins was hit and killed by a live round of ammunition that was fired from a gun wielded by the accused, Alec Baldwin.

As a producer, he also had a duty to make sure that the set was safe,” Carmack-Altwies said. And then as an actor that day, he should have checked that gun, checked those projectiles.

An FBI forensics report disclosed that the weapon could not be fired during FBI testing of its normal functioning without pulling the trigger while the gun was cocked.

The report further added the gun eventually malfunctioned during testing after internal parts fractured, which caused the gun to go off in the cocked position without pulling the trigger.

The district attorney Carmack-Altwies had some remarks regarding the incident.

Rust” had a “really fast and loose set,” saying there was a lack of safety standards and “live rounds on set – they were mixed in with regular dummy rounds.

Nobody was checking those, or least they weren’t checking them consistently,

And then they somehow got loaded into a gun, handed off to Alec Baldwin; he didn’t check it, he didn’t do any of the things that he was supposed to do to make sure that he was safe or that anyone around him was safe. And then he pointed the gun at Halyna Hutchins and he pulled the trigger.

Baldwin was also a producer for “Rust” and therefore had additional responsibilities, the district attorney said.

Family of the deceased, Halyna Hutchins appreciated the prosecutors in the case the judgement.

It is a comfort to the family that, in New Mexico, no one is above the law, the family’s statement as released by their attorney Brian J. Panish. 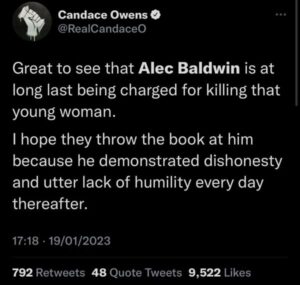 Meanwhile, the actors union SAG-AFTRA has issued a statement rebuking the decision to charge Alec Baldwin for involuntary manslaughter in the death of “Rust” cinematographer Halyna Hutchins. The union describes the move as “wrong and uninformed.”

The death of Halyna Hutchins is a tragedy, and all the more so because of its preventable nature,” says the statement, which was released on Thursday. “It is not a failure of duty or a criminal act on the part of any performer. Excerpt of the union’s statement read.

Some Twitter users have commented on the incident and describe the decision by the prosecutors as the right decision adding that just must be served.