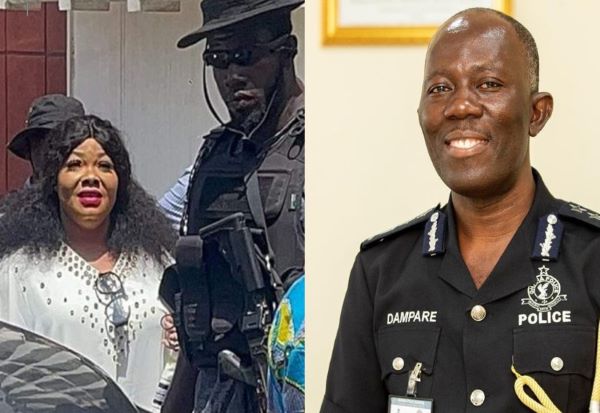 by Judeffah nana agradaa and lawyer in hot waters

Reports indicate that Mr. Theophilus Donkor, lawyer for the ‘evangelist’, was arrested for assaulting police officers with the use of abusive words in the process of rearresting his client, Nana Agradaa.

On January 16, 2023, Nana Agradaa was rearrested on the premises of the Accra Circuit Court, following adjournment of her case to Friday, January 20, 2023, It is however unclear circumstances leading to her rearrest.

Nana Agradaa’s lawyer has consequently been charged with counts of abuse of a public officer, as enshrined in the Constitution’s Section 205 (c) of the Criminal Offences Act and Offensive conduct conducive to breach of peace contrary to section 207 of the criminal Offences Act.

The lawyer is believed to have filed an injunction against the police officers with respect to their jurisdiction to affect the arrest and charge him accordingly adding  that his arrest is an attempt by the police to tarnish his popularity and frustrate his efforts in handling Nana Agradaa’s cases.

Last week, the police urged an Accra Circuit Court to issue a bench warrant for the arrest of Nana Agradaa for disregarding court’s invitation for her to appear in court.

At an Accra Circuit Court on Wednesday, January 10, 2023, Superintendent of Police, Sylvester Asare, blamed Nana Agradaa for defying the court’s order since she was granted bail with conditions set out by the Court.

According to the prosecution, Nana Agradaa aka Evangelist Mama Pat, was not cooperating with the Police.

The embattled ‘evangelist’ in October last year was picked up by the police for scamming her own church members following trending video in which her members were seen grumbling about being duped of large sums of money for big returns as promised by Nana Agradaa.