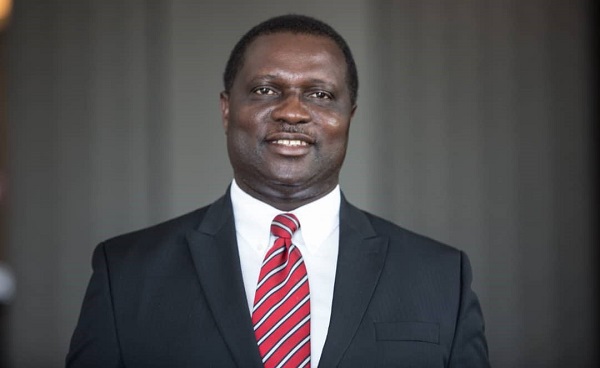 by Judeffah new director general of the ges is qualified for the job says dr. adutwum

Education Minister Dr. Yaw Adutwum debunked claims that the newly appointed acting Director-General of the Ghana Education Service is not the right person for the job.

The Minister in an introduction of the new Director-General at a conference of Directors of Education in Accra on Tuesday, October 25, 2022, described him as competent and the right man for the job.

I officially introduce to you the acting Director-General of the Ghana Education Service, Dr. Eric Nkansah.”

The new Director-General’s appointment has been slammed by some teacher unions, who are of the view that Dr. Eric Nkansah doesn’t have a teaching background hence doesn’t have the requisite experience to head the Ghana Education Service.

Dr. Adutwum further explained that the Director -General though ventured into banking, returned to academia, worked in Kumasi Technical University prior to his appointment at the Ministry of Education two years ago.

Like some teachers, he left to go and do some banking. He got bored with banking and went to the university to teach, and has taught for over ten years at the Kumasi Technical University. When I became the Minister for Education, I brought him to the Ministry where he became the Director for Tertiary Education so for almost two years, he has been the Director for Tertiary Education.”

The former Director-General, Prof. Kwasi Opoku-Amankwa was fired by the President in a letter dated Monday, October 17, 2022, as Director-General of the Ghana Education Service.

We are not happy with the appointment because the gentleman who has been appointed is not a teacher. He has no teaching certificate. He is a banking officer. He has not risen through the teaching ranks.

Said the President of NAGRAT, Angel Carbonun in an interview with Citi News.

The Education Minister, however, hopes to calm nerves and gain support from The National Association of Graduate Teachers (NAGRAT) to ensure that the new Director-General discharges his duties peacefully.