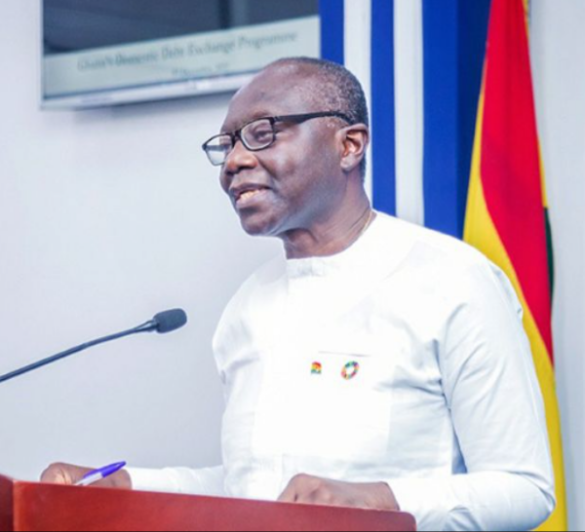 The deadline to Register for Ghana’s Domestic Debt Exchange programme Has Been Extended to January 16, 2023.

This extension affords the government the opportunity to consider suggestions made by all stakeholders with the aim of adjusting certain measures,” statement released by the Finance Ministry.

This according to the Finance Minister, Ken Ofori Atta, will also help secure internal approvals from the financial sector.

The Finance ministry hinted about certain changes to the debt exchange, with eight additional instruments to be created.

In Saturday’s statement, however, the Finance Ministry said that eight additional instruments would be created, bringing the total number of new bonds to 12, with one maturing each year from 2027 to 2038.

It was not made clear what coupon values the new bonds would hold as he made the announcement.

To augment the government’s efforts in getting the economy back on track, Ghana has reached out to the IMF for a bailout.

Negotiations are still ongoing with the government making significant progress by reaching a staff-level agreement for a $3 billion loan package from the International Monetary Fund.

The IMF is expected approve the deal only if Ghana undergoes comprehensive debt restructuring, which government is yet to see Ghanaians embrace as some trade unions kick against ‘haircuts’ especially in pension funds.

The goal to restructure Ghana’s debt has paved way for the Finance Minister to announce a domestic debt exchange programme which had met stern opposition from stakeholders with trade unions kicking against ‘haircuts’ on pension funds and consequently compelling government to exempt pension funds.

Saturday’s announcement also said that individual bondholders would now be invited to participate in the programme, in spite of their earlier exemption.

Most Ghanaians think that the inclusion of individual bond holders in the programme at a larger extent will discourage savings and investment in the country, whereas others opine that it has become imperative and a prerequisite to revamp the Ghanaian economy.