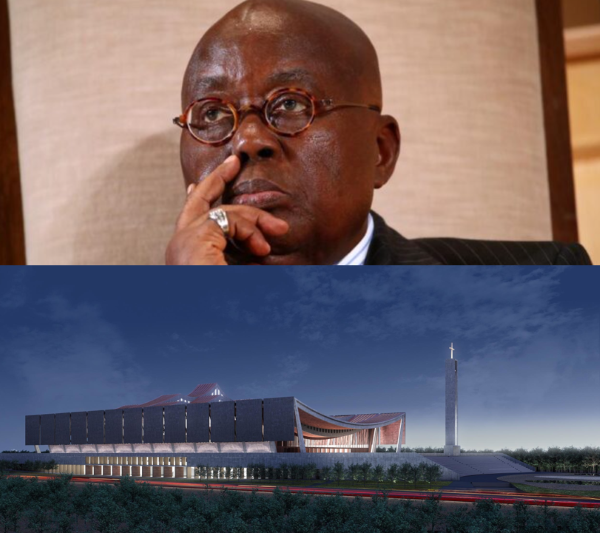 The Minority side voted against the budgetary allocation for national Cathedral and won by 11 votes as against the Majority side pulling 10 votes.

Most MPs on the Minority side have explained that this is due to the failure of the Finance Ministry to account for an amount of GH¢114 million out of the GH¢339 million spent so far on the building the National Cathedral.

Dr. Dominic Ayine, member of the Trades and Industry Committee disclosed to Citi News where he mentioned that the Minority would approve the budgetary allocation to the Ministry of Tourism if it excludes funds earmarked for National Cathedral.

This afternoon, a joint committee of Youth and Sports, as well as Trades and Industry, met and took the decision by an 11-10 majority to reject the budget estimates of the Ministry of Tourism especially the allocation of GH¢80million for the construction of the National Cathedral.

The President of Ghana, Nana Addo Dankwa Akufo-Addo however; has insisted in ensuring that the National Cathedral in Ghana is built despite stern opposition and criticism from the public .

In the 2023 budget, the GH¢80 million was earmarked for the project in spite of the harsh  economic conditions faced by Ghanaians.

Popular pressure group, OccupyGhana, in a recent release recommended that the government suspends all public expenditures on the cathedral considering that the country is going through an economic crisis.

Although the Government would seek to blame the pandemic and the Russia-Ukraine war for this disaster, it cannot evade or avoid the fact that our debt was unsustainable even before these external factors kicked in and compounded an already precarious situation. 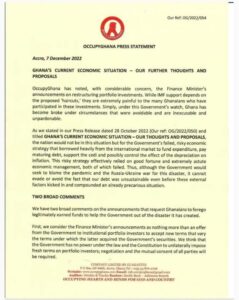 Some Ghanaians have expressed delight in  the news including,  Samuel Okudjeto Ablakwa from the NDC side who congratulated his other NDC members for  a good job done. 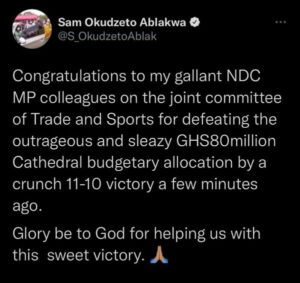