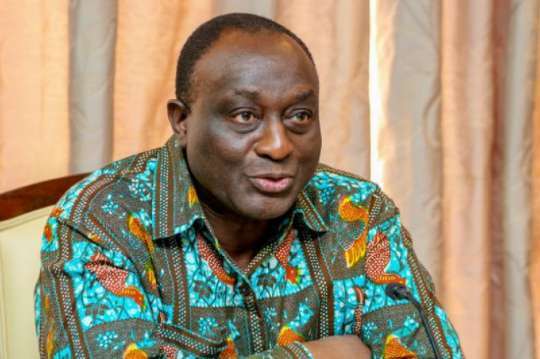 Minister for Trade and Industry, Alan Kwadwo Kerematen confirmed that he had submitted his resignation to focus on his presidential campaign.

His resignation letter is believed to have been sent to Jubilee House on Thursday evening (January 5, 2023).
Credible sources in government have confirmed this breaking news .
Some Ghanaians opine that minister who will run for the New Patriotic Party (NPP) presidential election will have to step down to focus on the campaign and not interfere with the work of the government. The party has not yet announced the schedule of the presidential primaries.

Mr. Kerematen is notably and inevitably one of the leading candidates seeking to lead the New Patriotic Party (NPP) for the presidency in the 2024 elections. There are indications that President Akufo-Addo may soon reshuffle the minister.

It was in 2007 that President John Agyekum Kufuor left his post after serving two years after 2008.
Incumbent Akufo-Addo defeated Alan Kirematen in the first round with 47.96% of the vote. A total of 17 applicants took part in the competition. Mr. Kirematen came in second with 32.3% of the vote which was relatively an impressive result which may increase in his next attempt.

President Akufo-addo, who was running for re-election in the 2020 presidential election, garnered popular support by running without a contender.

With his retirement after 2024, NPP is looking for a replacement and Mr. Kyerematen is planning to succeed him alongside the Vice President Dr. Mahamudu Bavumia and controversial MP, Hon. Kennedy Agyepong.

Dr. Bawumia, 59, has been chosen as a strong contender, able to give Mr. Kyeremanten and Mr. Agyepong intense competition .

Other candidates include Kennedy Ohene Agyapong, f ormer General Secretary of the NPP, Kwabena Agyei Agyapong, Minister of Agriculture, Dr Owusu Afriyie Akoto and others have expressed interest in participating in the race when the doors officially opens.

The NPP has not set a date for the presidential primaries, but they are expected to take place before the end of 2023 whereas the opposition National Democratic Congress (NDC) has announced a presidential primary election on May 6, 2023