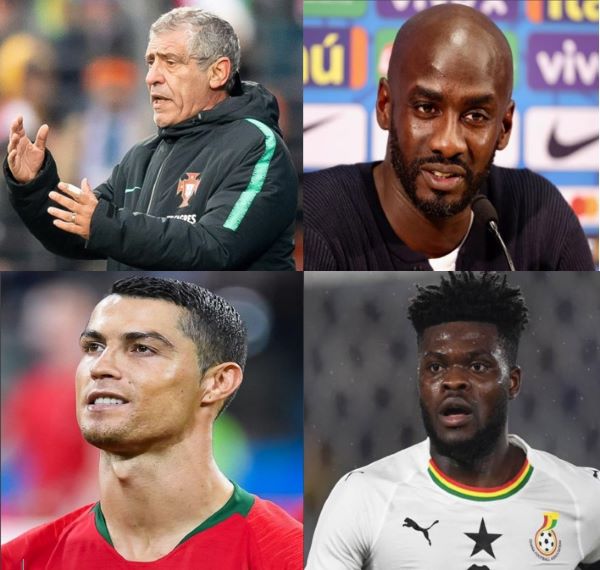 Ghana Black Stars opening game with Portugal in the Qatar FIFA World Cup 2022 to kickstart with many Ghanaians highly optimistic of a win for the Black Stars.

Ghanaian President, Nana Addo Dankwa Akuffo-Addo travelled to Qatar to meet the team ahead of their clash with the Portuguese side as a way of boosting the players morale prior to the game.

Cristiano Ronaldo who parted ways with Manchester United last Tuesday is expected to start and is regarded as a threat for many Ghanaian fans alongside Bruno Fernandez.

Most Portuguese fans hope that Ronaldo will put his ‘rancorous’ departure from Manchester United behind him as his side face Ghana.

Ronaldo who said felt “betrayed” by the club and had no respect for manager Erik ten Hag, also mentioned that the Ghanaian side who sit 61st in the FIFA rankings, will be a tough team and the clash with them a tough one.

The Ghanaian head coach, Otto Addo has also commented on the upcoming opening game against Portugal,  and the group they find themselves in.

Surely we want to survive the group stage. We want to go game by game so our full focus is on the Portuguese game. If we don’t look too far and we concentrate on the next game, I think we can do something.

From there, nobody knows, it depends on who you get and also how you play. It’s very difficult to predict so our main focus is to win against Portugal, which will be very difficult. After that, we’ll look at the next step.

Portugal head coach, Fernando Santos also expressed his opinion about the upcoming match with Ghanaian Side.

We are prepared for opponents that will cause us a lot of problems. Ghana are a very well-organised team. Their game against Switzerland showed that.

African teams have a lot of talent, unpredictability, and are always improving tactically. Today they are much more complete teams.”

At this level Ghana and Portugal have faced each other once.
Portugal beat Ghana 2-1 in their final group game at the 2014 World Cup