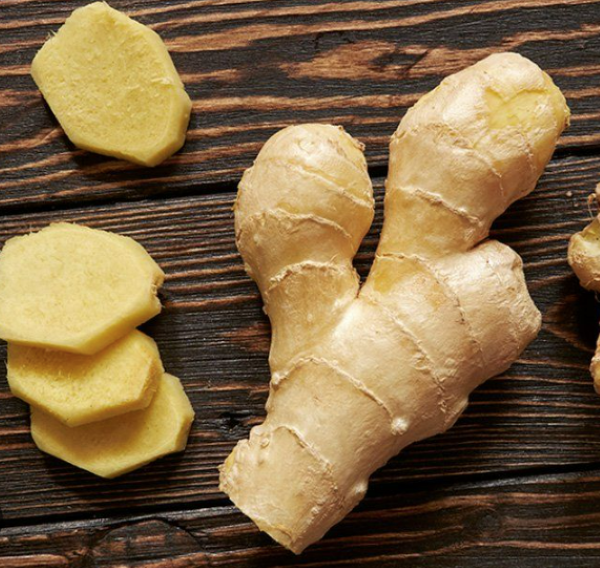 by Judeffah ginger, health benefits and side effects

Ginger is one of the oldest plants known to men with several uses, benefits and few side effects.

Ginger (Zingiber officinale) is a flowering plant whose rhizome, ginger root or ginger, is widely used as a spice and a folk medicine.

It is a herbaceous perennial which grows annual pseudostems (false stems made of the rolled bases of leaves) about one meter tall bearing narrow leaf blades.

The inflorescences bear flowers having pale yellow petals with purple edges, and arise directly from the rhizome on separate shoots.

“Ginger is fantastic,” says Emma Slattery, a clinical dietitian at Johns Hopkins Medicine. “It’s not just delicious. Gingerol, a natural component of ginger root, benefits gastrointestinal motility ― the rate at which food exits the stomach and continues along the digestive process. Eating ginger encourages efficient digestion, so food doesn’t linger as long in the gut.”

Encouraging stomach emptying can relieve the discomforts of nausea due to:

Slattery, who works with patients receiving chemo for cancer, says ginger may take the edge off post-treatment nausea, and without some of the side effects of anti-nausea medications.

For generations, women have praised the power of ginger to ease “morning sickness” and other queasiness associated with pregnancy. “Even the American Academy of Obstetrics and Gynecology mentions ginger as an acceptable nonpharmaceutical remedy for nausea and vomiting,” Slattery says.

Eating ginger can cut down on fermentation, constipation and other causes of bloating and intestinal gas.

Ginger contains antioxidants. These molecules help manage free radicals, which are compounds that can damage cells when their numbers grow too high.

It is possible. Slattery notes, “Ginger contains over 400 natural compounds, and some of these are anti-inflammatory. More studies will help us determine if eating ginger has any impact on conditions such as rheumatoid arthritis or respiratory inflammation.”

Slattery says research shows that ginger is safe for most people to eat in normal amounts — such as those in food and recipes. However, there are a couple of concerns.

Higher doses, such as those in supplements, may increase risk of bleeding,” she cautions. “The research isn’t conclusive, but people on anti-coagulant therapy (blood thinners such as warfarin, aspirin and others) may want to be cautious.

She says studies are exploring if large amounts of ginger may affect insulin and lower blood sugar, so until more is known, people with diabetes can enjoy normal quantities of ginger in food but should steer clear of large-dose ginger supplements.