Copyright 2022 - All Right Reserved | Ghana Trends Inc.
Home Health & Fitness Symptoms and Causes of Cardiac Arrest; and all You Need to Know 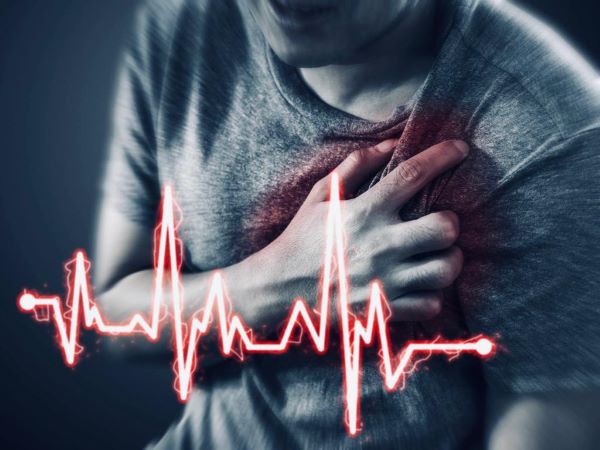 by Judeffah symptoms and causes of cardiac arrest; and all you need to know

Do you know about Cardiac arrest, the symptoms and signs as many people suffer and some die from this each day?

What are the signs of a cardiac arrest?

Will be unconscious
Will be unresponsive and
Won’t be breathing or breathing normally – not breathing normally may mean they’re making gasping noises.
Without immediate treatment or medical attention, the person will die. If you see someone having a cardiac arrest, phone emergence services immediately and start CPR

What causes a cardiac arrest?

A common cause of a cardiac arrest is a life-threatening abnormal heart rhythm called ventricular fibrillation (VF).

VF happens when the electrical activity of the heart becomes so chaotic that the heart stops pumping, Instead, it quivers or ‘fibrillates’.

The main causes of cardiac arrest related to the heart are:

Some other causes of cardiac arrest include:

What’s the difference between a cardiac arrest and a heart attack?

A heart attack and cardiac arrest are not the same.

A heart attack happens when the blood supply to the heart muscle is cut off. This is often caused by a clot in one of the coronary arteries. The heart is still pumping blood around the body during a heart attack. The person will be conscious and breathing.

A heart attack can lead to a cardiac arrest. It’s vitally important to get medical attention immediately by calling 999 for an ambulance if you experience heart attack symptoms.

How is a cardiac arrest treated?

Starting immediate CPR is vital as it keeps blood and oxygen circulating to the brain and around the body. A defibrillator will then deliver a controlled electric shock to try and get the heart beating normally again.

Public access defibrillators are often in locations like train stations and shopping centres. Anyone can use one and you don’t need training to do so.

If you’re with someone who’s having a cardiac arrest, call emergency, start CPR and use a defibrillator if there’s one nearby. Follow instructions from the emergency operator until emergency services take over.

Recovery after a cardiac arrest

After a cardiac arrest, you’ll have been looked after in a coronary care or intensive care unit. You may have been put in an induced coma and kept asleep to allow your body to recover.

Doctors and cardiologists will want to work out what caused the cardiac arrest. They can then recommend medication and treatment, such as a pacemaker or implantable cardioverter defibrillator (ICD), to reduce the risk of it happening again.

They may also refer you to cardiac rehabilitation to help rebuild your confidence, fitness and strength levels. Each programme is different, but it usually involves regular assessments such as checking your pulse and blood pressure, psychological support, etc.

The human heart is very complex and needs to be treated with serious care. One needs to see a doctor should they experience any signs captured above, live healthy, live long!